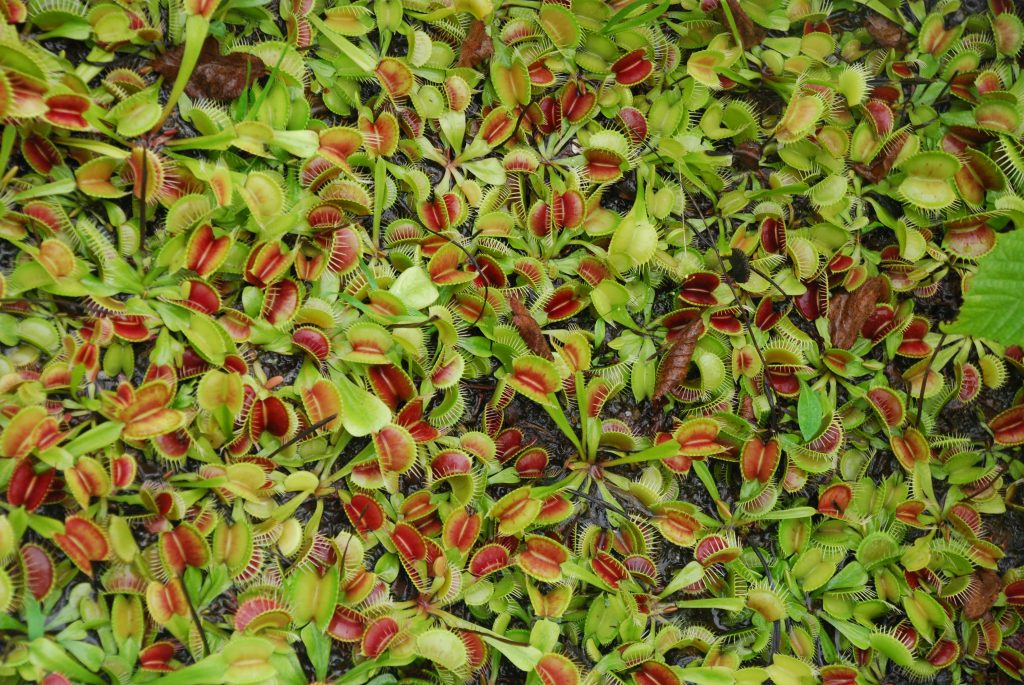 I recently spent a Wednesday morning with the NCBG plant propagation (potting group) volunteers as they worked in the Totten Center, learning more about them and their important role at the Garden.

While they worked the volunteers explained to me that the main purpose of the potting group is to move up or “pot up” young seedlings, rooted stem cuttings and older plants into larger pots once they have outgrown their current containers. Potting up plants is a regular practice in a nursery and is crucial for producing healthy plants. Without the assistance of the potting group, the nursery staff would have a difficult time completing this task. It is also work that requires a delicate hand and a lot of attention to detail, especially when working with young seedlings.

After potting, the plants are moved to the Garden’s nursery where they are tended to as they grow. Greenhouse and nursery manager Matt Gocke explained the overarching goal of the propagation efforts at the NCBG are to provide plants for display in the Garden’s many landscapes and habitats and to promote conservation of southeastern native plants through propagation. The original NCBG staff promoted this idea as a way to reduce collection of plants in the wild by providing a supply of these same species for sale to the public. Along with several private nurseries, this model continues to flourish today and has taken some pressure off our native plant species.

When the plants are ready for planting they are either handed off to other horticulture staff or placed at the Plant Sale area to be sold to the public. All proceeds that come from the sale of these plants are used to support the Garden and staff.

The members of the potting volunteers have been with this group for various lengths of time, ranging from two years to over 35 years! And several also have volunteered at the Garden in other capacities.

With eight years under her belt, volunteer Helen Ludwig said “It is amazing how much gets accomplished with this small group of people.”

The volunteers describe their favorite aspects of working at the Garden with hilarious jokes and sentimental statements. The entire group agreed that the comradery and working with the “two Matts” (Matt Gocke and his co-worker, Matt Daley) were highlights of volunteering at the Garden. Volunteer Eszter Karvazy explained that “meeting new people from all walks of life” is one of the reasons she loves volunteering here so much. The different ages of volunteers here brings everyone together, and the volunteers agreed that everyone learns so much by helping out at the Garden.

As a work study student, I really appreciate having the opportunity to interview several groups of volunteers at the Garden. It is so refreshing to see that passion that everyone has about working here, and the bonds that are formed among the volunteers and staff. Everyone is one big family at the North Carolina Botanical Garden, and I am proud to be a part of it.