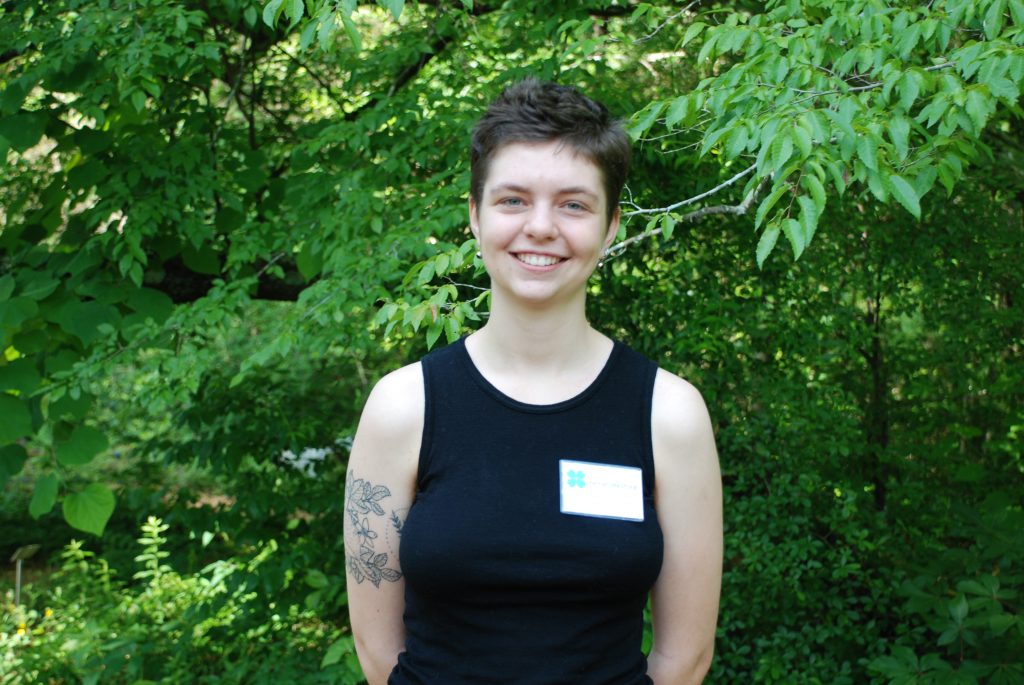 Hannah has been a work-study student in the Horticulture Department at the North Carolina Botanical Garden since her first semester at Carolina in 2015. During the summer of 2016 she was an Intern in the Horticulture Department with Curators Wendy Wenck and Matt Gocke. Hannah studied abroad spring semester of 2017 at the School for Field Studies in Australia and studied the distribution of Wet Sclerophyll forests. Upon returning to Carolina Hannah took Local Flora (Biology 272) with Dr. Alan Weakley and started volunteering in the Herbarium soon afterwards. She spent the fall & winter of 2017 searching the Herbarium for specimens collected by Dr. William Chambers Coker — specifically specimens he collected while on his pilgrimage to the grave of Thomas Walter (ca. 1740-1789).

Thomas Walter was born in Hampshire, England ca. 1740, then emigrated to South Carolina ca. 1769. He owned a rice plantation along the Santee River and was an enthusiastic botanist. In 1787 he wrote “Flora Caroliniana,” the first regional flora of eastern North America, and the first to use the new Linnaean binomial naming scheme.

“I had long felt a “motion of love” to see the spot where Thomas Walter lived and died, and as nothing had been heard of the condition of the place for several years I took an opportunity in August of last year [1909] and carried out the long planned trip,” writes William Chambers Coker (1872-1953) in his highly readable account of the journey.

As Herbarium staff began to catalog the vascular plant specimens for the National Science Foundation funded project, “Key to the Cabinets: Building & Sustaining a Research Database for a Global Biodiversity Hotspot” we realized that Coker collected specimens on his journey and deposited them in the Herbarium. For her Mohr Internship, Hannah will write a paper about her quest to find Coker’s specimens from his pilgrimage to the gravesite… and perhaps make a pilgrimage of her own to William Chambers Coker’s grave in the Old Chapel Hill Cemetery.

A second project which Hannah will take on during her Mohr Internship is to delve into our on-line database of plants and complete records for specimens collected by Charles T. Mohr (1824-1901). As of spring, 2018, only about 30 out of the hundreds of Mohr specimens in our collection have been databased. As Dr. Mohr usually collected in Mobile County, Alabama, Hannah will target plant specimens from that region.

Hannah has volunteered at the Piedmont Farm Refuge in Pittsboro, North Carolina for four years, and her favorite authors include Virginia Woolf, Sandra Cisneros, and Margaret Atwood. We look forward to welcoming her to the Herbarium this summer as the Mohr Intern.