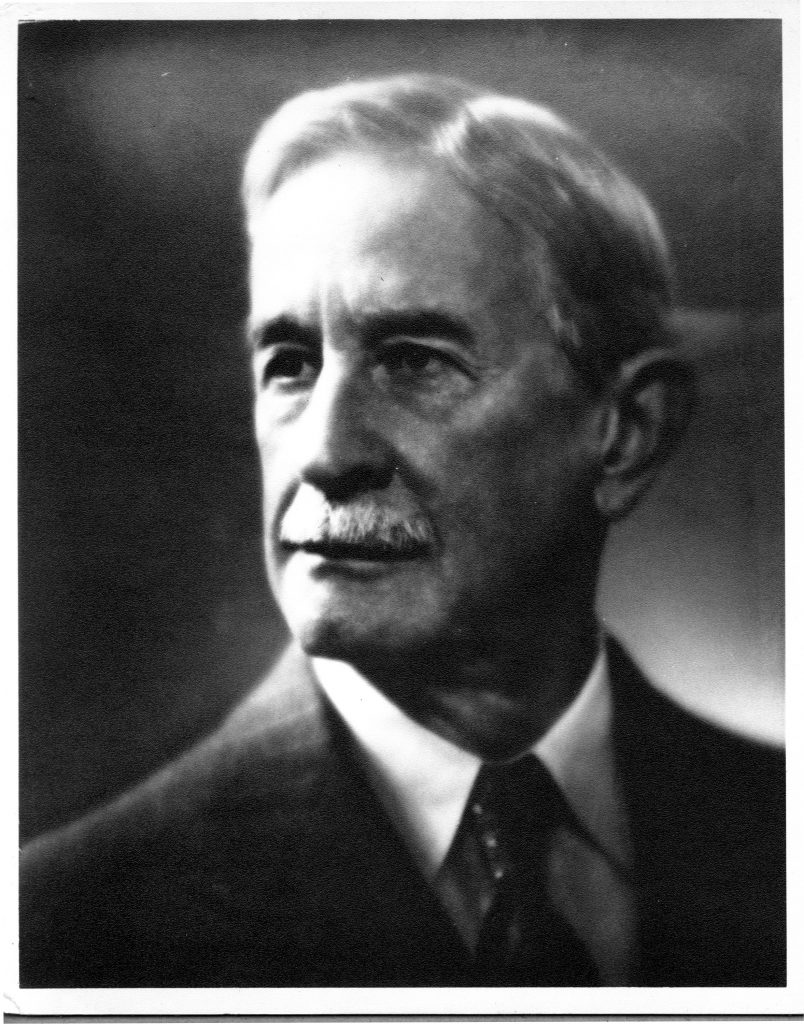 It all started with the botanist who gave his name to one of University’s biology buildings, a pinetum and an arboretum. William Chambers Coker  was born in Hartsville, South Carolina on October 24, 1872. His father was Major James Lide Coker, a civil war veteran and an educational reformer who helped found the South Carolina public school system and the Coker College for Women in Hartsville. His mother was Susan Armstrong Stout.

Like many origin stories there are often multiple versions and the Coker Arboretum is no exception. One story goes that in 1903 University President Francis Venable asked Coker to do what he could to beautify a 5.5 acre area of boggy, livestock-grazing meadow east of campus. Another origin story credits former University President Kemp Plummer Battle (of Battle Park fame). Regardless of who gets the credit, with the appropriation of $10 and the help of one gardener Coker set to work and today we have the Coker Arboretum…a Haven in the Heart of the Chapel Hill.

By 1908, Coker was a full professor and chairman of the newly established Botany Department. By that time he had founded the UNC Herbarium, pooling faculty research collections and their students’ dried plant specimens. Today, with close to 800,000 specimens, the UNC Herbarium is the largest herbarium and epicenter of plant biodiversity research in the Southeastern United States.

Coker’s research interests were far-ranging. His Ph.D. concerned seed formation in bald cypress. He was also interested in the woody flora of the Southeast, not only in an academic sense, but also for purposes of landscape design. But Coker’s first love was mycology (the study of fungi) and he gained national and international fame in this arena. The bulk of his publications (137 in his fifty-one year career at UNC!) are devoted to the fungi.

UNC’s campus benefited tremendously from Coker’s landscaping skills as he served for thirty years on the Building and Grounds committee or as he like to call it the Grounds and Buildings committee. Coker knew and I think you will all agree that Great Universities have great landscapes.

I could go on and on about William Chambers contributions to science, the Univerisity and the community but I think it is best captured in Essays on William Chambers Coker, Passionate Botanist written by his niece Mary Coker Joslin in 2003 in celebration of the centennial anniversary of the Coker Arboretum. The Foreword was written by the late William C. Friday, President Emeritus of the University of North Carolina.

The legacy of W.C. Coker and the history of the North Carolina Botanical Garden are intertwined and inseparable. Much like the magnificent trees that grace the arboretum, the Garden has many branches that can trace their origin to Wm. C. Coker’s legacy, the Coker Arboretum, Battle Park, the UNC Herbarium, the Coker Pinetum, The Rocks. The roots are broad and deep. Wm. C. Coker was the taproot from which it all started.