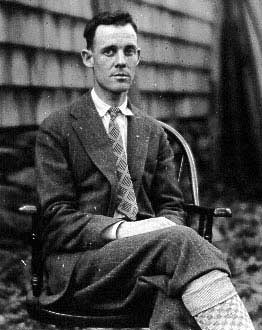 “Oliver was born on July 16, 1891, in Redwood City, California.  He received an AB degree at the University of Tennessee in 1916, taught high school in Chattanooga from 1916 to 1917, studied at the University of Virginia in the summer of 1917, and began a second year of teaching high school in Asheville, SC [sic; North Carolina], in the fall of 1917.  He left this job to join the U.S. Army on November 20, 1917.  He was honorably discharged on July 3, 1919, after serving with the Medical Detachment in France and attaining the rank of corporal.

He joined the U.S. Bureau of Plant Industry on October 8, 1919, when F. V. Coville hired him as a clerk and herbarium assistant in the Economic Botany Herbarium.  He took classes in zoology at George Washington University from 1922 1921, but he never earned a graduate degree. He was promoted to assistant botanist in 1926. Later in the same year, Congress passed legislation establishing the National Arboretum, and the U.S. Department of Agriculture began acquiring land around the Mt. Hamilton site.  Oliver continued to work in the herbarium, where he did plant identification (at that time, the herbarium averaged nearly 20,000 plant identifications per year for other government bureaus and departments, agricultural professionals, and the general public). He assisted Coville with research on blueberry cultivation and hybridization, works that led to the establishment of a commercial blueberry industry in the United States, while carrying out his own hybridization projects.  By the mid-1930’s, he was spending most of his time on the development of the new National Arboretum, supervising the construction work (largely done by the Civilian Conservation Corps) and the first plantings. He was responsible for the collection of herbarium specimens to document the original flora of the site.  Oliver’s assistant was Grace G. Freeman, who had the title of “Under Scientific Helper.”  Mrs. Freeman was born on April 4, 1883, and she and Oliver were married in Washington, D. C., on December 16, 1920.

Oliver is best remembered for crossing work he carried out using native tree species. There is a group of Magnolia cultivars named after him; the so-called Freeman hybrids, derived from Magnolia grandiflora x virginiana crosses that Oliver made in 1930 in 1931. Two of his progeny were released as cultivars by the National Arboretum, Magnolia ‘Freeman’ in 1962, and Magnolia ‘Maryland’ in 1971.  Publications include a pamphlet on the trees and shrubs of Lafayette Park with Coville in 1932, including a map showing the trees and shrubs and a few pages of comments on the more interesting trees with several photographs. He wrote the first number in the National Arboretum Contributions series, summarizing the work he did on the original flora of the National Arboretum site. He retired on 1950-10-31, with 31 years of service with the U.S. Department of Agriculture.  He lived in the Carolinas and Florida during his retirement. He died in February, 1979, in Pensacola, Florida.

He was elected to the Washington Biologists’ Field Club in 1925 and his membership ended in 1952.” 1