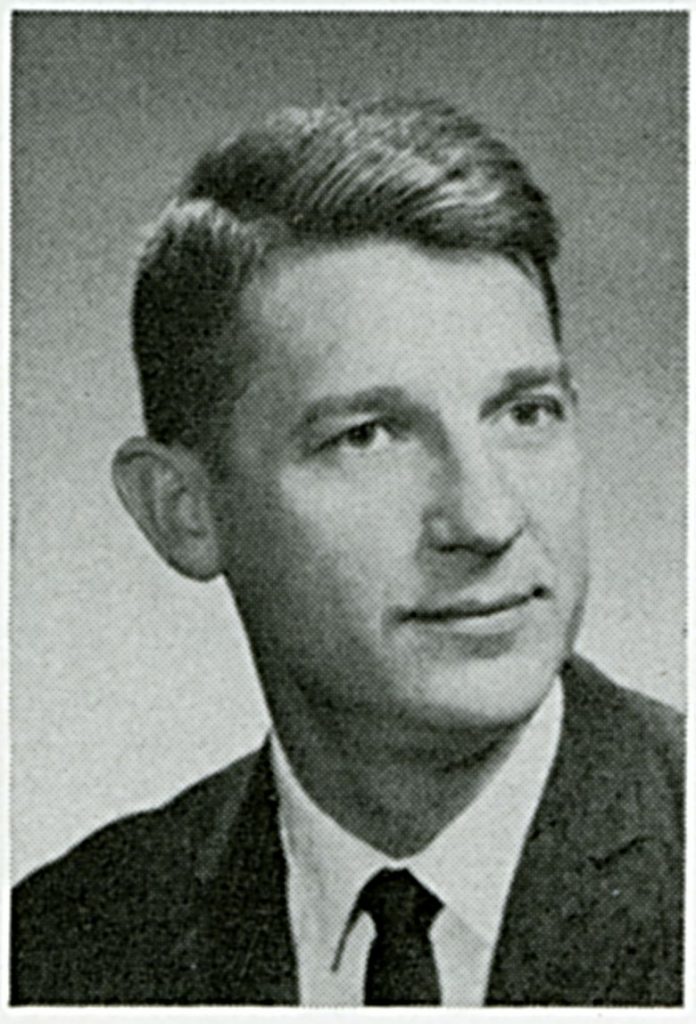 (b. 19 July 1926)
Portrait of George S. Ramseur, 1965, courtesy of the William R. Laurie University Archives & Special Collections, The University of the South

The University of North Carolina at Chapel Hill Herbarium (NCU) curates about 1,300 vascular plants collected by George S. Ramseur, who usually signed his specimens as “G. S. Ramseur”.  Most of Ramseur’s specimens at NCU were vouchers for his doctoral thesis on high mountain plant communities in the southern Appalachians collected during the summers of 1956, 1957, and 1958.  During the autumn of 1956 Ramseur made many collections in Alamance County, North Carolina as part of the “Vascular Flora of the Carolinas” project, which culminated in the publication of The Manual of the Vascular Flora of the Carolinas by Radford, Ahles & Bell in 1968.  In the spring of 1957, Ramseur collected with NCU Curator Harry E. Ahles for “Flora of the Carolinas” in Dillon County, South Carolina as well as in Bladen, Duplin, Onslow, Pamlico, Pender, and Robeson Counties, North Carolina.

Ramseur’s specimens can be found in herbaria across North America.

In 2020 during the Covid-19 Pandemic, Dr. Ramseur and his granddaughter, Ally visited the University of the South greenhouse to view the Titan Arum in bloom.(6)

Special thanks to Dr. Jonathan Evans, Curator UOS and to Matthew Reynolds,  William R. Laurie University Archives and Special Collections, The University of the South.