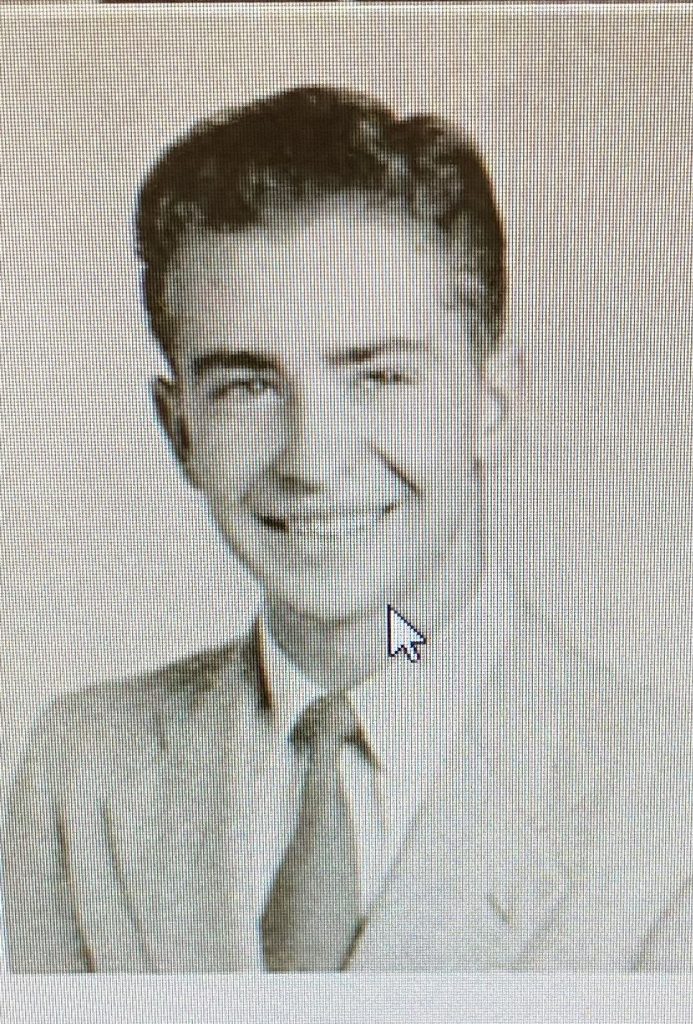 Charles Clinton Lindley, Jr., who went by “Clint,” was born in Burlington, Alamance County in 1932 to Charles Clinton Lindley, Sr. and Virginia Gladys Haywood Lindley. (1,3)  Lindley Sr. was a public school principal and the family lived in Burlington.(4)  “When Bob [Robert Lindley] and Clint were growing up in Burlington near the hospital, they used to go to the incinerators at the hospital and take the discarded flowers.  Clint would remove the old outside petals from the roses, add violets from a nearby field, and make corsages that he would sell to the nurses.  When he was 14 or 15, he won a blue ribbon at the State Fair for flower arrangement.”(5)  In 1946 the family moved to Bonlee in Chatham County, North Carolina.  Lindley Sr. was principal of Bonlee High School, and Clint graduated from that school in 1950. He earned an A.B. in Botany at the University of  North Carolina at Chapel Hill in 1954, then joined the United States Marines.  He resided in New York and worked as a florist, designer, and art dealer before returning to North Carolina in the early 1990’s. (5,6)

Charles Clinton Lindley, Jr., a well known art and antiques dealer specializing in American art, died unexpectedly, Wednesday, June 12, 2002, at his home, the historic Bartlett Yancey House, in Yanceyville, North Carolina.  Lindley was the son of Charles Clinton Lindley, Sr., deceased, and Mrs. Virginia Gladys Haywood Lindley of Cary.  He was 70.  Lindley, a native of Alamance County, was educated in local schools and graduated from the University of North Carolina at Chapel Hill.  Lindley is survived by his mother, a brother and sister-in-law, Mr. and Mrs. Robert Lindley of Chapel Hill, an extended family of nieces, nephews, and cousins, and his long-time partner, Erich Starcher, of the home.  A gifted horticulturalist and flora arranger, Lindley was a member of the American Floral Society and the winner of numerous awards, including the Pacific Rim Design award and the American Home Journal award for Outstanding Floral Design.  An ardent preservationist, Lindley saved and restored several historic structures, including the ca. 1768 William Courtney House in Hillsborough.  In the Spring 2001, he purchased the historic Bartlett Yancey House, a ca. 1814 home built for Bartlett Yancey, U.S. Congressm and and Speaker of the North Carolina Senate.  The home was expanded in the 1850’s and the striking interior woodwork and distinctive niches attributed to free African-American craftsman Thomas Day were added.  Lindley and Starcher were currently occupied with landscaping the grounds of the Bartlett Yancey House and had begun the restoration of the home’s historic cemetery.  Lindley’s life-long love of plants can be honored by giving a donation in his memory to the North Carolina Botanical Garden, CB 3375, University of North Carolina at Chapel Hill, Chapel Hill, NC 27599-3280.  (1) 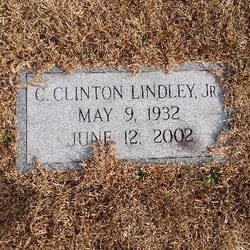 Many thanks to Terri Buckner and to Ken Moore for information on the life of Clint Lindley.