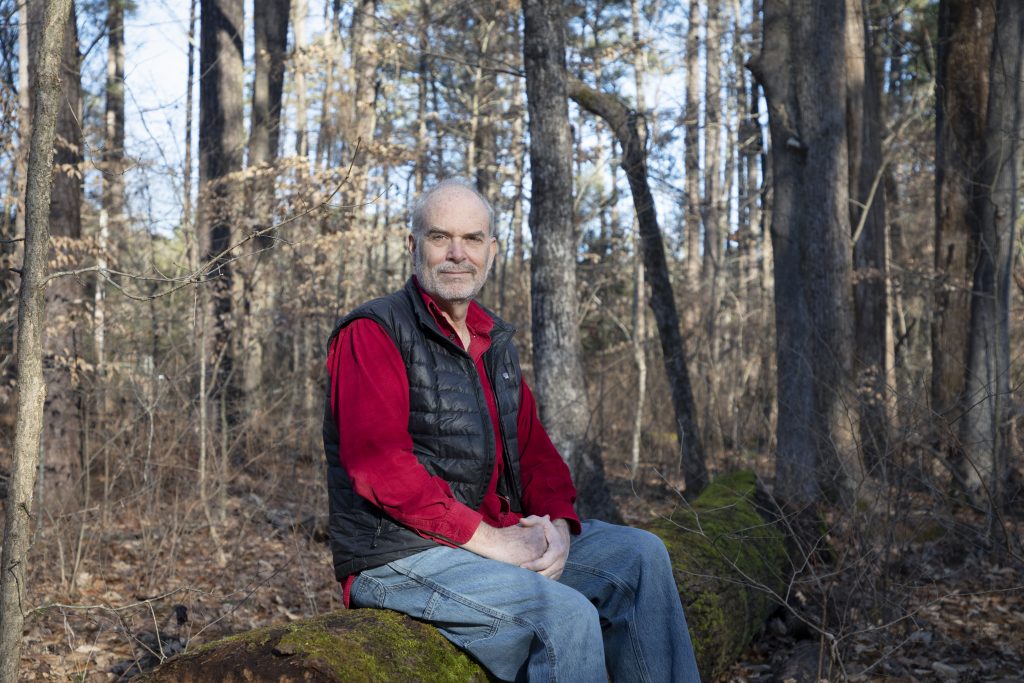 The ‘weakley’ of Alan Weakley now also belongs with a species in the sunflower family!  Euthamia weakleyi has been named in a taxonomic study of the genus by Guy Nesom, published in an August 2021 posting of the digital journal Phytoneuron.1

Weakley’s goldentop grows from New England southward along the Atlantic coast to Florida and then westward along the Gulf coast.  The plants are sometimes abundant (but hardly weedy) and have a tendency to occur along marsh edges, growing in colonies from rhizomes, with stems up to about three feet tall.  With its wide geographic range and habitats usually not prime for “development,” Weakley’s goldentop probably, happily, will not reach anyone’s list of rare or endangered species.

The existence of Euthamia weakleyi has been known (it’s been identified by a name that applies to a different species), and even in a genus where differences between species are subtle, the reality of Weakley’s goldentop is not controversial. It most closely resembles Euthamia gymnospermoides of the central U.S., but with along with technical differences in leaves and flowers, E. weakleyi has six sets of chromosomes (a ‘hexaploid’, unique among the euthamias) while E. gymnospermoides has four (a ‘tetraploid’). I have designated a specimen collected by Dr. Albert E. Radford (1918-2006) and curated by the University of North Carolina at Chapel Hill Herbarium (NCU) as the holotype for E. weakleyi. This specimen (Radford collection #7724; NCU accession # 56110) was collected in a “Salt marsh – shrub bog transition near Avon” in Dare County, North Carolina on 10 October, 1953.

The species is not without controversial aspects –– does it really extend into New England as far as Massachusetts? And what’s the limit of its range along the Gulf Coast  (where it appears to overlap in distribution with Euthamia scabra)? But then, what’s the ultimate geographic limit of Alan Weakley’s Flora –– will it extend to encompass all of North America? (The flora’s expanding boundary draws good-natured kidding from fellow botanists).

Weakley’s Flora of the Southeastern United States is immensely influential in the eastern U.S., as it keeps current with new studies, critically evaluating them, and is generally accepted as the taxonomic guide for vascular plants of the region.2

There are regional floras (state, parts of states, counties, etc.) but there really is no other place to go for a floristic account of this huge, botanically diverse region. As ‘Weakley’s Flora’ moves through many versions and transforms in format, with some environmental luck, Euthamia weakleyi will outlast it all.