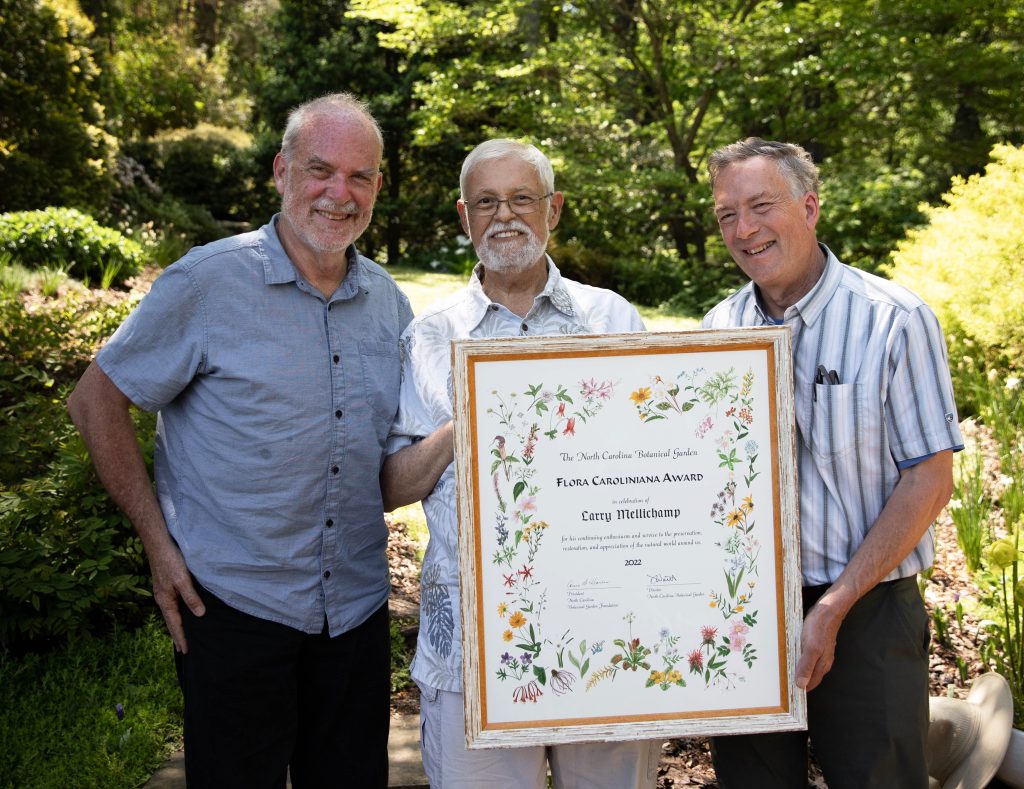 The North Carolina Botanical Garden is proud to award Larry Mellichamp with the Flora Caroliniana Award. Mellichamp is the seventh person to receive this honor, given for enthusiasm and service to the preservation, restoration, and appreciation of the natural world around us.

Mellichamp is a recently retired professor of botany and horticulture at the University of North Carolina at Charlotte where he taught for over 39 years. He was also director of UNC-Charlotte’s Botanical Gardens with its 10 acres of outdoor gardens including many native plants. Their new Mellichamp Natives Terrace Garden demonstrates the use of natives directly for the homeowner. Larry is an expert on native wildflowers, trees, and shrubs, and also studies carnivorous plants, especially Sarracenia pitcher plants.

He has written many technical and popular articles on plants and gardening, and has co-authored five books, including: The Winter Garden (1997); Bizarre Botanicals with Paula Gross (2010), and most recently (2014), Native Plants of the Southeast (and their garden uses). He has traveled extensively in the United States, and has made trips to see unusual plants in Costa Rica, South Africa, Borneo, China, Australia and most recently, Madagascar.

The award was presented to Mellichamp by Johnny Randall, NCBG director of conservation programs, and Alan Weakley, director of the UNC Herbarium, at a ceremony at UNC Charlotte Botanical Garden’s Mellichamp Natives Terrace Garden on Saturday, April 23.