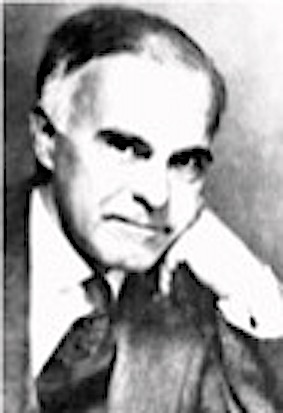 The University of North Carolina at Chapel Hill Herbarium (NCU) curates approximately 64 fungal specimens collected by Herbert Spencer Jackson.  He usually used “H.S. Jackson” or “H.S.J.” on herbarium labels.  Most of the specimens at NCU were collected in the 1930’s in Ontario, Canada.

“American botanists lost a recognized leader and the field of systematic mycology one of its great men of all time in the sudden death of H. S. Jackson on December 14, at his home in Toronto.

Herbert Spencer Jackson was born in New York state in 1883 and received his college education from Cornell, Harvard, and Wisconsin universities.  He held posts at the universities of Delaware and Oregon and was chief of botany at the Purdue Agricultural Experiment Station for thirteen years before coming to Toronto University in 1929 as professor of mycology in the Department of Botany, of which he was the head from 1941 on.  He had long been deeply interested in problems associated with the origin, development, and classification of fungi.  Before coming to Toronto he was recognized as a world authority on the rust and smut fungi, and to our knowledge of these groups he contributed thirty-one journal articles.

In the Toronto area Professor Jackson found conspicuously few rusts species, the study of which could be counted on to elucidate further the problems in rusty phylogeny and relationships in which he was interested.  Consequently, he gradually shifted his emphasis to the Thelephoraceae, a neglected group of great basic significance, and important as well in the carbon cycle as wood-destroying fungi.  To a better understanding of this group, he and his students have contributed some sixteen articles, and it is hoped that several more are sufficiently advanced to be completed by his colleagues.  Dr. Jackson was largely instrumental in building up the fungus herbarium in his department, until it now numbers some 94,000 accessions and includes an unusually complete collection of the fungi occurring in a unique region, the Tegami Forest Reserve.

Although he was a modest and retiring gentleman, Professor Jackson was a man of ready understanding and of broad sympathy, with whom friendship developed slowly but was an exceedingly rewarding experience.  He will be universally mourned as a scholar and stalwart of his science, and deeply and lastingly so by all who called him friend.  Iris and his stamp collection were his hobbies, and in connection with the former, during his last year, he built himself a fitting memorial by bringing together at the Glendon Hall Botanical Garden in Toronto a collection of nearly 500 of the newer iris varieties of distinction, to found the finest collection of its sort in Canada.  He is survived by his wife, Edythe Doyle Jackson; by a daughter, Mrs. C. D. Barrett [Dorothy Jackson], of Imlay City, Michigan; and by a son, K.K. [Kenneth Kendall] Jackson, of Ithaca, New York.”1 ,3

According to Simona Margaritescu, Mycology Collections Manager at the Royal Ontario Museum, the following fungi were named in Herbert Spencer Jackson’s honor: 2