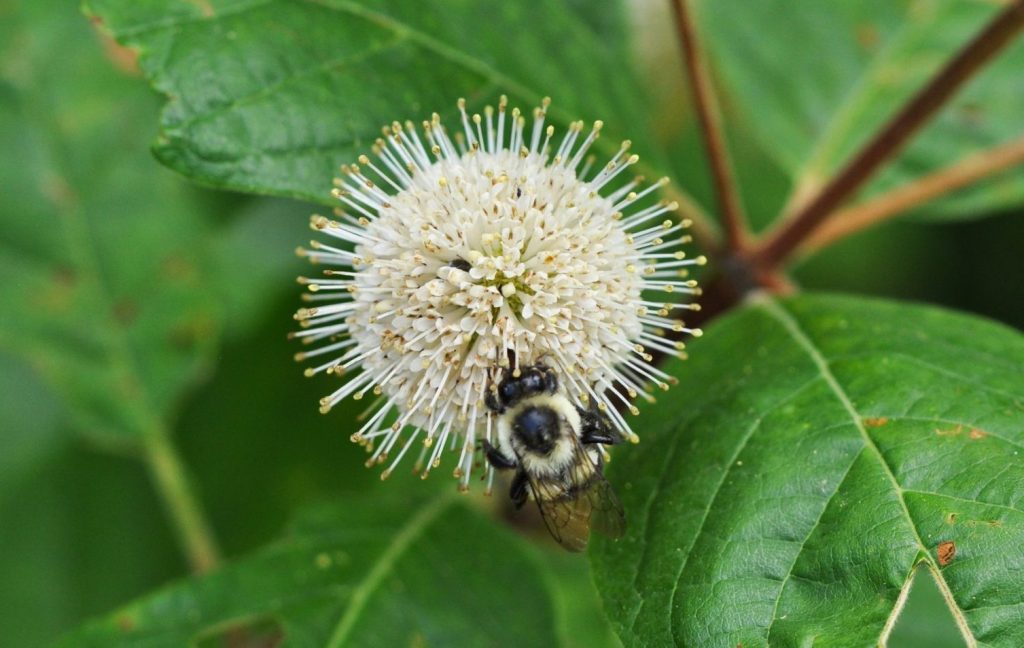 Ten years ago, we expanded the scope of our Wildflower of the Year program to include some standout native shrubs. In 2023, we’re celebrating buttonbush (Cephalanthus occidentalis), a large deciduous shrub that occurs throughout central and eastern North America in swamps, depressional wetlands, and along the banks of streams, rivers, and lakes.

In mid to late summer, buttonbush explodes with small, fragrant white flowers with long protruding styles that are densely arranged in spherical clusters, resembling little pincushions or fireworks. Buttonbush is truly a pollinator magnet: these flowers are an abundant and preferred nectar source for numerous species of bees and butterflies, as well as ruby-throated hummingbirds. In fact, buttonbush is considered a valuable plant among beekeepers. It was reportedly brought into the commercial trade in the 1700s as a nectar resource for honeybees. Globular seed heads of reddish-brown pyramid-shaped seeds develop in late fall and persist on the plant after the leaves have dropped. These clusters of seed heads resemble the spiky “gum balls” of sweetgum (Liquidambar styraciflua) but are softer and break apart quickly after falling to the ground. Ducks and other waterfowl, as well as mammals, consume the individual seeds.

Preparations of buttonbush roots and bark are used medicinally by several Indigenous tribes to treat a wide variety of ailments including headache, fever, dysentery, and muscle inflammation. However, the leaves of buttonbush contain the glycoside cephalothin and can be toxic to animals (including humans!) if ingested in large doses, which means that deer typically avoid browsing on it.

Buttonbush thrives in consistently moist to wet, rich soils in full to part sun, but it is adaptable to various soil types and does not need to be planted in standing water to survive. It is not drought tolerant, so supplemental watering may be necessary if it is planted on drier sites. Growing up to 12 feet tall, buttonbush has an open, irregular form that can be pruned in late winter or early spring (before new growth appears) to maintain a more compact shape. If left untouched, buttonbush will eventually spread into an attractive but dense thicket, which is why it is often planted to control soil erosion along streambanks. It is the perfect choice for rain gardens or low-lying, wet areas with poor drainage.

Want to try your hand at growing buttonbush from seed? You can pick up a free seed packet from our exhibit hall or send a self-addressed, stamped envelope to:

About the NC Wildflower of the Year

The North Carolina Wildflower of the Year program is managed by the North Carolina Botanical Garden with some financial support from the Garden Club of North Carolina, Inc. Each year since 1982, a showy native perennial has been chosen and seeds of that wildflower are distributed to interested gardeners.

Read more about the Wildflower of the Year program 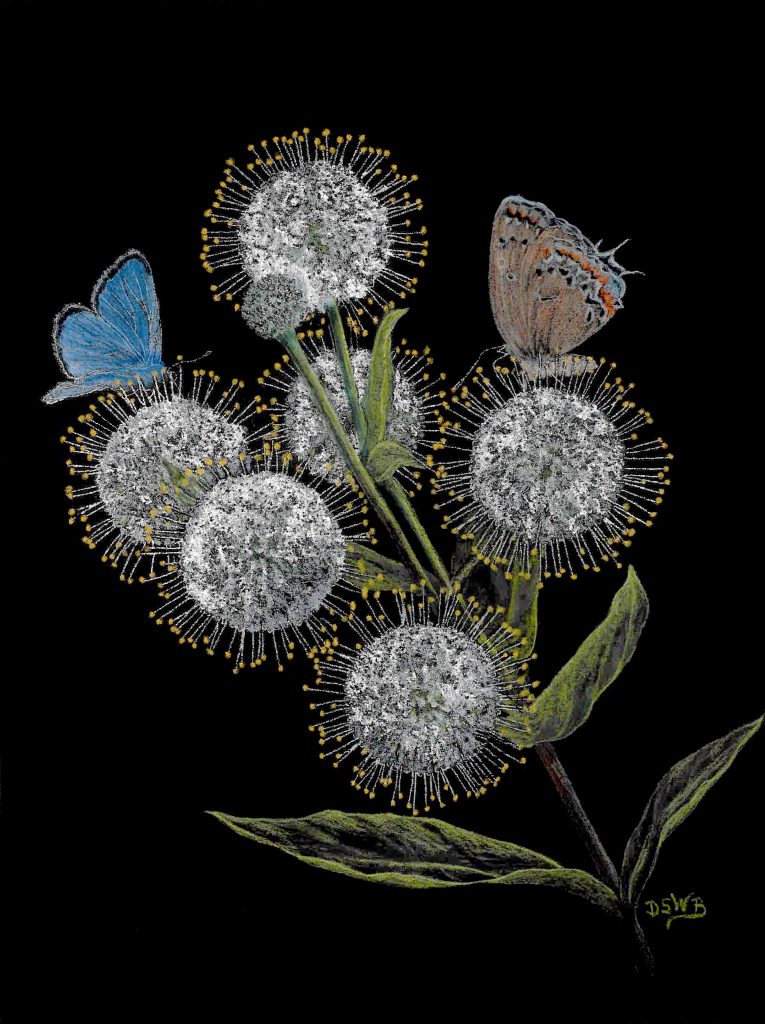