The University of North Carolina at Chapel Hill Herbarium (NCU) has to date catalogued a single botanical specimen collected by Eugene Bourgeau. The specimen, a fungus Pestalozzia taphrinicola, was collected in “Winnipeg Valley”  in Manitoba, Canada in 1859 while Bourgeau was a member of the British North American Exploring Expedition.  All NCU’s fungi, including those collected by Bourgeau, can be found at mycoportal.org . 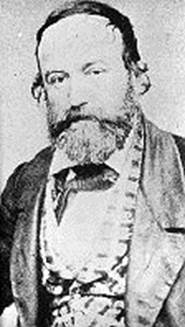 According to the Wikipedia page devoted to Bourgeau, he was a native of Brizon, France.  “As a young man he worked at the botanical garden in Lyon, where his influences included Nicolas Charles Seringe and Claude Thomas Alexis Jordan.  In 1843 he relocated to Paris where he was hired by Philip Barker Webb as a herbarium assistant.  In 1845-46 he collected plants for the “Webb collection” in the Canary Islands.  He had previously been a botanical collector in Spain, North Africa and the Canary Islands before joining the British North American Exploring Expedition [also referred to as the “Palliser Expedition”] of western Canada from 1857 to 1860.  In Canada he collected botanical specimens north of Lake Superior and areas around Lake Winnipeg, also journeying down the Saskatchewan River and venturing into the Rocky Mountains.  Later expeditions included two trips to Asia Minor (the Lycia region and the Pontic Mountains), a journey to Spain and the Balearic Islands (1863), a scientific mission to Mexico (1865-66), and in 1870, a trip to the island of Rhodes.  The plant genus Bourgeau [sic; Bourgaea in the Asteraceae] was named in his honor by Ernest Cosson.  His name is also commemorated with Mount Bourgeau [51.131944 latitude, -115.775278 longitude], a peak located in Banff National Park.  Bourgeau did not publish any botanical literature.  He reportedly was a terrible speller and grammarian.”1 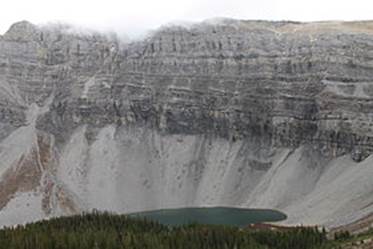 Bourgeau was a member of the British North American Exploring Expedition, which is also known as the Palliser Expedition for its leader, John Palliser (1817-1887).  “The purpose of the expedition was to gather scientific information on Rupert’s Land, including information on the geography, climate, soil, flora and fauna, to discover its capabilities for settlement and transportation.  This was the first detailed and scientific survey of the region from Lake Superior to the southern passes of the Rocky Mountains.”2  The Palliser Expedition was comprised of John Palliser (geographer), James Hector (geologist & surgeon), Eugene Bourgeau (botanist), Thomas Wright Blakiston (magnetic observer), and John W. Sullivan (mathematician & sextant observer).2 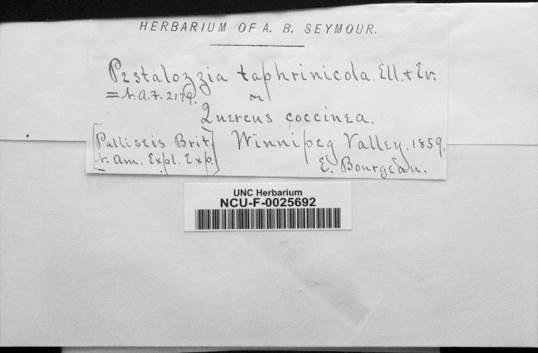 A list of the plants found by Bourgeau can be found on pages 253-263 of Palliser’s report to Parliament, Palliser, John (1863)  Exploration – British North America:  The journals, detailed reports, and observations relative to the exploration, by Captain Palliser, of that portion of British North American, which, in latitude, lies between the British boundary line and the height of land or watershed of the northern or frozen ocean respectively, and in longitude, between the western shore of Lake Superior and the Pacific Ocean during the years 1857, 1857, 1859, and 1860.  London:  G. E. Eyre and W. Spottiswoode.