Published floras have traditionally been the main means of synthesizing information on the species of plants in an area—their habitats, phenology, classification, common names, and practical identification. The Herbarium has published three comprehensive floras: the Flora of Virginia, coauthored with Chris Ludwig and Johnny Townsend, the Flora of the Southern and Mid-Atlantic States, and the recently released Flora of the Southeastern United States.  The Flora of Virginia has won several awards, including the Thomas Jefferson Award for Conservation.

Through these and other major accomplishments, the Herbarium and allied researchers are today viewed as primary sources for information on southeastern U.S plants—information that is a foundational tool used by botanists, foresters, horticulturists, conservationists, and students throughout the U.S.

With help from UNC’s Carolina Apps Program, the Flora of the Southern and Mid-Atlantic States was recently transformed into an iPhone/iPad application, known as FloraQuest. The app allows mobile identification of over 7,000 plant species in a 14-state region through an interactive interface.

Flora of the Southeastern United States

Produced from the FloraManager database system by Michael T. Lee

The Flora covers the biogeographic region of the moist, relictual, unglaciated southeastern North America: south of the glacial boundary and east of the “dry line” to the west that marks a marked floristic boundary to the Great Plains prairies to the northwest and the Madrean woodlands and scrub to the southwest.  By states, this means that coverage includes the states of Alabama, Arkansas, Delaware, Florida, Georgia, Kentucky, Louisiana, Maryland, Mississippi, New Jersey, North Carolina, Pennsylvania, South Carolina, Tennessee, Virginia, West Virginia, and the District of Columbia, and parts of Texas (the eastern Pineywoods, Coastal Prairies, Cross Timbers, Blackland Prairies, and South Texas Sand Sheet), Oklahoma (eastern Interior Highlands and Cross Timbers), Missouri (southern Interior Highlands), and Illinois, Indiana, and Ohio (southern unglaciated portions). 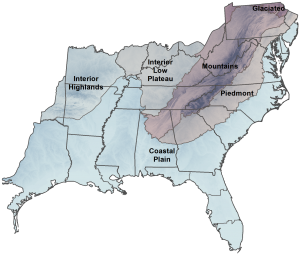 Wildflowers of the Atlantic Southeast

Wildflowers of the Atlantic Southeast describes and illustrates 1,250 species commonly encountered in Virginia, West Virginia, Maryland, Delaware, New Jersey, Washington D.C., North Carolina, South Carolina, and Georgia. Published in partnership with the North Carolina Botanical Garden, Wildflowers of the Atlantic Southeast is for hikers, naturalists, gardeners, and anyone wishing to learn more about the region’s diverse flora. Find it in our Garden Shop or order from Amazon.com.
Order from Amazon
Now available as an app!

The Flora of Virginia project gathers the legacy of more than three centuries of Virginia botanists into a modern work and opens the natural world to a new generation of botanists, natural resource managers, and natural historians who can further expand our knowledge and contribute to the conservation of our rich natural heritage.

Go to the flora

Common Trees of the Piedmont

Learn the methods botanists use to identify plant species, as well as simplify and visualize the process of identification.
Visit Open Key
Available from the App Store! 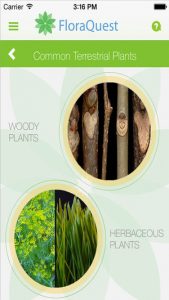 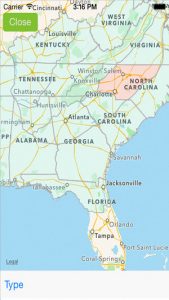 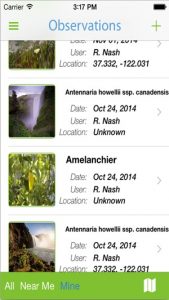 A new app for the iPhone and iPad that connects you with everything you need to know about naturally occurring plants in the Southeast and Mid-Atlantic US.

Get FloraQuest App
In The Archives