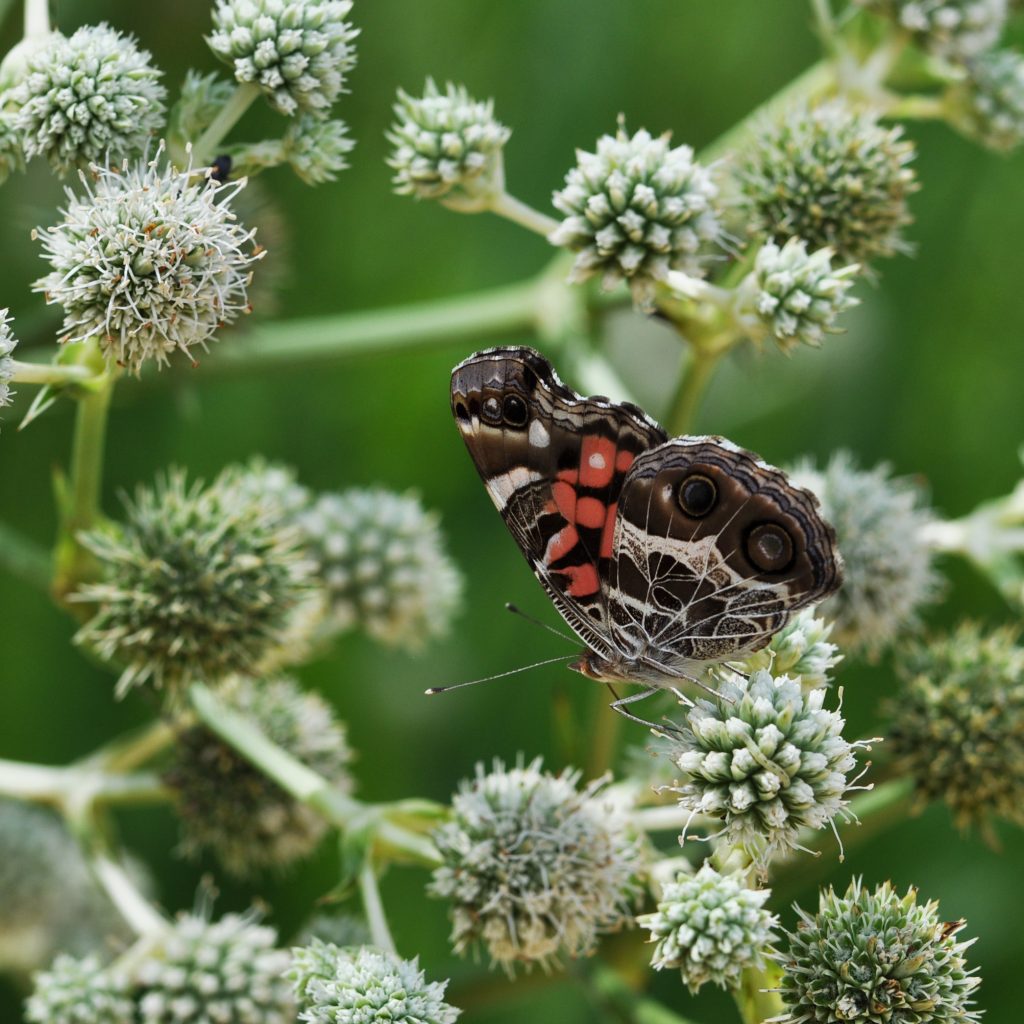 I once read that the only difference between a wildflower and a weed is our perspective. Anyone who has noticed a sea of pale purple as they pass a roadside patch of lyre-leaf sage or seen the billowing white waves of frost aster growing in a powerline right-of-way will most definitely agree with this. Many of the native plants we see growing along our roadsides or in old fields are often thought of as weeds, but many of these species can be attractive elements of the garden.

According to the Merriam-Webster dictionary, a weed is defined as “a plant that is not valued where it is growing” and a wildflower is defined as “an uncultivated plant” and “a flower that grows in natural places without being planted by people.” These are broad, simplistic definitions, but they suggest that it is all open to interpretation. Those dandelions in your yard that you curse and battle each year are prized flowers to a four year-old child or a foraging honeybee.

Plant species that are considered weeds typically have life history traits that allow them to survive in disturbed areas. They are adapted to thrive in poor soils, are usually able to withstand drought, grow and reproduce quickly and often have seeds that can either spread over long distances or stay dormant in the soil for many years. We can use some of these traits to our advantage and incorporate some of our native “weeds” into tricky spaces where other garden plants may struggle. In my yard, frost aster (Symphyotrichum pilosum) lives happily in dry, shady spots where other species just can’t seem to survive, particularly during our frequently droughty summers. Another one of my favorites is the lovely Carolina wild petunia (Ruellia caroliniensis), which has explosive football-shaped seed capsules that are effective at helping it spread, but are never enough to become an aggressive nuisance.

Often times, our native “weeds” are not only attractive and tough, but they are also ecologically beneficial, providing nectar and food for insects and wildlife. The dainty little flowers of two common North Carolina native “weeds,” Carolina elephantsfoot (Elephantopus carolinianus) and Venus’ looking glass (Triodanis perfoliata) both provide nectar for native bees and butterflies. The seeds of one of my favorite “weeds,” lyre-leaf sage (Salvia lyrata), are eaten by birds. Even our native weedy species of dog fennel (Eupatorium) and goldenrod (Solidago), which are often falsely blamed for causing allergies, provide abundant amounts of nectar for many species of native bees and wasps. And according to a wildlife biologist friend of mine, it is hard to find a better bird buffet than what is provided by the dark purple berries of American pokeweed (Phytolacca americana), a species that many gardeners pull from their yards.

With just a little shift in our perspective, we can learn to appreciate the function and subtle (or sometimes not so subtle) beauty of a plant we once regarded as a roadside weed. I encourage you to take a closer look at a plant you might have previously dismissed, and you just might find a wonderful botanical uniquity to incorporate into your garden.