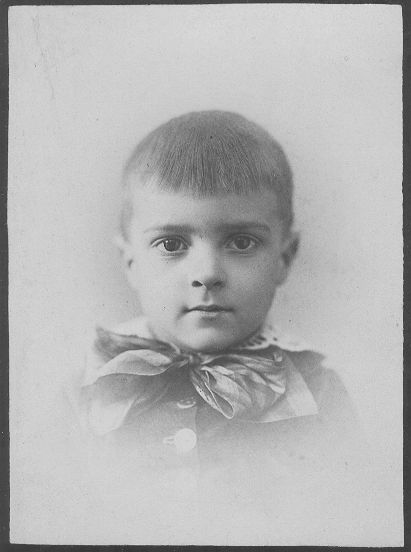 It is not known how Stuart Chapman came to be interested in botany. Over the course of his life he worked as a purveyor of newspapers & magazines, a cotton weaver in textile mills, and a gardener. Despite the fact that his specimens are cited in many papers and are found in many herbaria, no articles authored by him have been found nor was he associated with an academic institution. He was a member of the Sullivant Moss Society for at least one year (1924) and submitted specimens to that organization’s herbarium.(1) Most of Stuart Chapman’s specimens found their way to herbaria via his collecting companion, Dr. Paul Otto Schallert.

In 2018 NCU received several hundred bryophyte specimens as a gift from the University of North Carolina at Greensboro.  This gift, which is still being accessioned, already yielded several specimens collected by Francis Stuart Chapman.

Francis Stuart Chapman, called “Stuart” by the family, was born on 4 June 1883 in Oneonta, Otsego County, New York to Edwin Pier Chapman and Harriet Stuart Robinson. Stuart had a younger brother, William D. Chapman. When Stuart was 14 years old and William 8 years old, their mother died. The following year Edwin, an optician, and William moved to Philmont, NY, but Stuart remained in Oneonta to complete high school. Stuart rejoined the family in Philmont and, according to the 1905 New York census, worked as a newspaper carrier. (2, 3)

Edwin re-married, and according to family lore, Stuart did not get along with his step-mother and her two daughters so left home at age 16. According to Jean Stuart Chapman Snow, William’s daughter, “Stuart wanted Dad to come with him, but Dad was too young.” (4)

By 1910 Stuart, in his mid-twenties, had moved to Leaksville, Rockingham County, North Carolina, and was employed as a weaver in a cotton mill.(5) The area around Leaksville, including the villages of Spray and Draper, was rich in textile mills. Draper-American Mills, Wearwell Sheeting Mill, Spray Woolen Mills, Rhode Island Mill, Lily Mill, Nantucket Mill, Spray Bleachery, American Warehouse, Athena Mills, and Wearwell Bedspread Mills all were found in the area.(6) In 1924 the Tri-City Hospital, funded in part by a $7,500.00 gift from Marshall Field & Company, was founded by Dr. H. Carlyle Dixon, Dr. C. V. Tyner, and Dr. Kenan Casteen. In 1968, the villages of Leaksville, Spray and Draper merged to form Eden, North Carolina.(7)

Jean Snow writes, “In 1914 Dad’s [William D. Chapman] and Stuart’s Great-Aunt Emily Stuart died, [and] Stuart was one of her legatees, along with William D. Chapman. Dad’s reply (1915?) to a query on Stuart’s whereabouts says “The last seen of him was about two years ago. Since then nothing has been heard from him. Perhaps if you try Spray, North Carolina you might get in touch with him. He made his home there about three years ago and possibly may be there now…”(4, 11)

By 1920 Stuart Chapman had changed his job and residence: he was working as a landscape gardener and living as a boarder with Solomon Pardue, a laborer in a furniture factory, Solomon’s wife and six children, in Winston-Salem, Forsyth County, North Carolina.(8) It is about this time – 1919 – that the first herbarium specimens collected by Stuart Chapman appear. He collected Hypnum imponens from Laurel Branch in Alleghany County, North Carolina on 5 December 1919 and Bazzania trilobata from that same location on 1 April 1920. It is not known what sparked Chapman’s interest in botany or inspired him to focus on bryophytes, though the fact that he’d gotten a job as a gardener certainly shows an interest in plants.

Stuart Chapman collected many bryophytes in North Carolina in the 1920’s.  Wadesboro, Anson County was a frequent collecting locality in 1921 (DUKE: 17 specimens; NY:  1 specimen; NCU:  2 specimens).  He collected two specimens in Walnut Cove, Clay County in 1922 (DUKE).  By far Chapman’s most frequent collecting area during the decade was Forsyth County:  NCU, MO, NY and DUKE hold more than 100 bryophytes collected near Winston-Salem.  Several note specific collecting locations such as “south of cotton mill” and “Hanestown,” reflecting the importance of textiles to the local economy, and Stuart’s familiarity with mill life.

Many specimens collected by Stuart Chapman were handled in some way – packaged by, or determined by – Paul Otto Schallert, M.D. (1879-1970).  How and when Chapman and Schallert met is not known.  They both lived in Winston-Salem:  Schallert 1910-1943; Chapman ca. 1920-1930.  Schallert was a physician who practiced out of his house on South Main Street, though he probably had privileges in area hospitals – perhaps including Tri-City Hospital in the milltowns of Leaksville-Spray-Draper, so maybe he encountered Chapman as a patient.  Schallert was interested in all aspects of natural history and collected fungi, bryophytes, lichens, and vascular plants, so he was most likely Chapman’s avenue to depositing specimens in herbaria.  They certainly collected bryophytes together:  on 1 August 1920 they were both at Flat Rock, Forsyth County, NC — Chapman collected Porella platyphylloidea (Schwein.) Lindb. (DUKE 74190) and Schallert collected Calypogeia trichomanis Spreng. ex Mitt. (DUKE 66592).  Schallert and Chapman also collected in Glade Valley, Alleghany County, NC together in November 1920.  Schallert and Chapman are listed as co-collectors on a specimen of Frullania squarrosa (Reinw. et Al) Dum. from Wadesboro, Anson County, NC in 1921.

The 1930 US census has Stuart Chapman still living in Winston-Salem, but now his occupation is listed as “Proprietor, News Dealer; Industry:  Newspaper Stand.” (9)

Chapman collected only sporadically in the early 1930’s, but then his botanical activity rebounded in 1936 when he began collecting in the area around Milford, Pike County, Pennsylvania.  A social security application dated July, 1941 reveals that Chapman lived at the corner of 7th Street and High Street in Milford, though he had probably lived in the area for several years prior to that, perhaps as early as 1932 judging from specimen collection locations and dates.2  Chapman found work as a gardener for Charles F. Haubert in Newfoundland, Wayne County, Pennsylvania about 27 miles west of Milford.2  Dr. Paul Schallert and Stuart Chapman re-united to botanize in Pike County, Pennsylvania on 25 August 1935, 25 September 1936, 1 October 1936, and 1 October 1937.

No specimens collected by Stuart Chapman dated later than 1937 have yet been found.

At some point Stuart Chapman returned to Winston-Salem, lived at 1114 Butler Street and worked as a magazine salesman.  He contracted pneumonia and died in the City Hospital on 24 December 1956.(2)

Jean Stuart Chapman Snow says of her uncle, “Our Chapman line is related to Johnny Appleseed (John Chapman), so I’ve wondered if Stuart ended up with some of Appleseed’s wandering genes.” (10)  Just as John Chapman’s botanical legacy was apple orchards (and hard cider!) across America’s frontier, Stuart Chapman’s botanical legacy is herbarium specimens used by scientists around the globe to document biodiversity.  Or, as Shanna Oberreiter, Loans Manager of NCU observed, “Stuart Chapman was a wandering, rolling stone who did gather moss.”

The specimens of Stuart Chapman came to our herbarium in 1950 as part of the collection of Carl Bosch (1874-1940) which we received as a bequest by his heirs.  Carl Bosch was a German chemist and engineer and Nobel laureate in Chemistry (1931).  He was a pioneer in the field of high-pressure industrial chemistry and founder of IG Farben, at one point the world’s largest chemical companies.

Carl Bosch also collected many natural objects, mostly bryophytes and beetles.  His collection of palaearctic beetles includes about 100,000 specimens and his bryophyte collection is roughly 30,000 specimens.  He personally collected only few bryophytes around his home in Heidelberg; most of the specimens were bought from other collectors.  Unfortunately we do not have any documentation from him, when and from whom he bought the bryophtyes.  I suspect that Bosch bought the bryophyte specimens of Chapman together with those of Paul O. Schallert, maybe directly from Schallert, but I do not know how Schallert and Bosch came into contact.  Colleagues at the Carl Bosch museum in Heidelberg checked the archives but did not find any documents relevant to this topic.

For more information about the life of Carl Bosch, read The Alchemy of Air:  A Jewish Genius, a Doomed Tycoon, and the Scientific Discovery that Fed the World but Fueled the Rise of Hitler by Thomas Hager.

SERENDIPITY AND MY UNCLE STUART
by Jean Stuart Chapman Snow