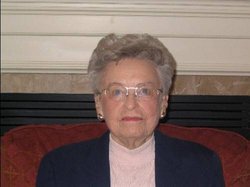 The following obituary was published in the Tallahassee Democrat, Tallahassee, Florida on 22 September, 2011.

Mary Shanor, who led an exuberant life as a loving wife, mother and grandmother and a residential real estate agent in Gainesville, Florida, for many years, died peacefully at Shands Hospital on Monday. Coldwell Banker M.M.Parrish, where she spent much of her career, said Mary was perhaps the most successful salesperson in the Gainesville area over the course of her long career. Her motto was “A wrong sale is worse than no sale.”

Mary Williams Ward was born on a family farm at Ward’s Corner, about twenty miles north of Wilmington, North Carolina. As a child, she adored her cousin and best friend, Jane Highsmith, as well as Jane’s brothers George Jr. and Charles Ward. She made all A’s in the Pender County Schools, and played half-court women’s basketball. She recalled years later spitting watermelon seeds, eating ice cream, riding in a Model T., and driving on the country roads when she was only 12 years old.

While at Chapel Hill, she met a PhD student, Leland Shanor, whom she married in June 1940. Even though he was a yankee from Butler, Pennsylvania, they were devoted and inseparable until his death in 1993. Her long life encompassed three careers: scientist, mother, and realtor.

Mary and Lee lived their first years together in Washington, D.C., where Mary worked at the Department of Agriculture doing statistics research and at the Office of Scientific Research and Development at George Washington University. When Lee joined the faculty at the University of Illinois in Urbana, Mary did natural history survey research until World War II broke out.

Mary went with Lee, who was a field grade officer, to Bara Colorado Island in Panama where, as she recalled, “We had a big house with strings of bananas you couldn’t believe.” While in Panama, she became pregnant with her first child and, as the war was ending, she returned to Ward’s Corner to be with family amid familiar surroundings for the birth of her first son, Charles, in September 1946.

Lee returned to teaching at the University of Illinois in the fall of 1946, and Mary followed two months later on the train with her infant son. In August, 1949, Mary’s second son, Paul, was born in Urbana, where the family lived until 1956.

Mary moved to Tallahassee, Florida, in 1956 and found a house a block from her older sister Rebecca Reynolds, who was raising her family with two sons, Bill and Paul Jr., who were close in age to Charles and Paul. During the next decade, Mary played bridge, was a Sunday School mother at the First Presbyterian Church, was active in the FSU Women’s Club and Garden Club, and did volunteer work with the March of Dimes.

Following Charles’ graduation from Leon High School in 1964, Mary moved with Lee and Paul to Gainesville. She completed her real estate certificate after Paul graduated from P.K Yonge High School and joined the firm of Greene and Rowe.

For the next four decades, both while her husband was chair of the Biology Department at the University of Florida and following his death in 1994, Mary was one of the Gainesville area’s most successful residential realtors. Mary combined southern charm and a love of people with a quick mind that navigated flawlessly through the financing and legal aspects of residential real estate. Starting with new arrivals to the University of Florida, working tirelessly and networking naturally, she formed friendships across a broad swath of people from all walks of life. She carried the love of real estate with her to the end, making referrals and passing the real estate board exam after her 95th birthday. For relaxation, she and Lee loved to spend time at the beach in St. Augustine, Florida and in the mountains in Highlands, North Carolina.

Not long before she turned ninety and after Lee’s death, Mary bought a condominium at Oak Hammock, a new concept in retirement living affiliated with the University of Florida. Among friends old and new, and with reduced responsibilities for maintaining a house, Mary loved Oak Hammock. Weeks before her death, when asked what was her favorite music, Mary surprised one of her sons and a granddaughter when she said “opera.” They learned that she had been regularly attending the Metropolitan cinema matinees on Saturday at Butler Plaza near where she lived.

When her health started failing in 2011, an old friend, Karen Larsen, assisted Mary, caring for her with the love and attention she would have given her own mother. Karen and her husband Jack were a godsend to both Mary and sons Charles and Paul, who live with their families in Atlanta, Georgia,

Mary was devoted to her children and her four grandchildren, Amanda, Nathan, Rick and Leigh, regaling all who would listen about their academic and athletic successes. Amanda graduated from Yale College and Yale Law School, Nathan is a sophomore at Davidson College, Rick is a freshman at Carnegie Mellon University, and Leigh is a Junior at the Westminister Schools in Atlanta. Mary is survived by her sons Charles and Paul, their wives Susan and Jennie, and by her grandchildren.

The family will have a Graveside Service at Rockfish Cemetery in Wallace, North Carolina on Saturday, September 24. A Memorial Service for all Mary’s Gainesville friends will be held at Oak Hammock on Saturday, October 8 at 11 AM to be followed with ample refreshments before her friends watch Gator football as she would have done.

In lieu of flowers, Mary’s family requests that contributions in her memory be made to Judson College, the March of Dimes, or the First Presbyterian Church of Gainesville, which she attended in her final years.