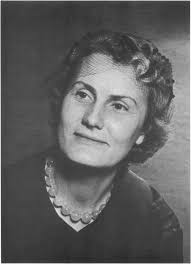 The fungal herbarium at the New York Botanical Garden (NY) curates only 2 specimens collected by Dr. Whiffen Barksdale. (1)  She deposited 4 specimens of Achlya heterosexualis in the American Type Culture Collection. (3)

The Mertz Library of the New York Botanical Garden curates her papers.  “The Alma Whiffen Barksdale collection consists of correspondence, research papers, laboratory notebooks, manuscripts, grant records, reprints, and photographic material covering her graduate studies and career at The New York Botanical Garden from 1952 to 1975. Some material relates to her positions as book review editor of Mycologia and as Secretary-Treasurer of the Mycological Society of America.”(4)

In 1982 fellow mycologist wrote a memorial to Dr. Whiffen Barksdale in Mycologia, a journal in which she published frequently.  “It is always difficult to write of the life and the loss of a valued friend and colleague of many years.  But it is also an honor to be asked to do so, particularly in the case of Alma Whiffen Barksdale, surely one of the outstanding mycologists of our time.  The qualities she brought to her research, her thoughtful inquiry combined with her persistent and untiring follow up, are qualities that make for a first-rate scientist in any field; and really good science transcends the confines of a single discipline and sheds light on many disciplines.  Such is very much the case here…
Alma Whiffen was born on October 25, 1916, in Hammonton [Atlantic County], New Jersey.  She attended Maryville College at Maryville, Tennessee, and received a B.A. degree in 1937.  Her graduate work was done at the University of North Carolina [at Chapel Hill] under the direction of the well-known mycologist, Dr. John N. Couch, who remained always her favorite professor and close friend.  The admiration was mutual, for John Couch has always considered Alma one of the most capable students of his career.  After receiving her M.S. degree in 1939 and Ph.D. in 1941, she was granted a Carnegie Fellowship (1941-42) and continued post-doctoral research with Dr. Couch for another year.  Her major interest at Chapel Hill involved Oomycetes and Chytridiomycetes… The following year she was awarded a National Research Council Fellowship (1943-43) to work with Dr. W. H. Weston at Harvard University.
From 1943-52 Alma Whiffen was employed as professional mycologist in the Department of Antibiotic Research of the Upjohn Company at Kalamazoo, Michigan.  Cycloheximide (actidione), an antifungal agent (synthesized by Streptomyces griseus) discovered by Alma Whiffen in the mid-1940’s, has been used for controlling fungal spot diseases in cherries and on turfs of golf greens…
In 1951, Alma was a John Simon Guggenheim fellow with C. B. Van Niel at Pacific Grove.  In 1952 she married [Walter] Lane Barksdale.  They spent the following year in Paris, both working on research projects.
In 1955, Alma became a Research Associate at The New York Botanical Garden and was promoted to Senior Research Associate there in 1961.  During this period perhaps her most important discoveries were made, dealing with the sex hormone system of Achlya bisexualis Coker & A. Couch…
The Barksdales spent the year of 1960-61 in Japan, where Alma continued her research on Achlya at Kyoto University and Lane carried on his microbiological research at Kyoto and Osaka Universities…
Alma Barksdale became increasingly ill over a six year period as the result of a slowly devastating neurological disease… She died at her home on July 5, 1981.” (2)