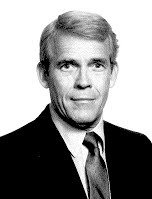 The University of North Carolina at Chapel Hill Herbarium (NCU) has cataloged thousands of specimens collected by John R. Bozeman.  Most were collected in Georgia, the field sites for his graduate work, but Bozeman also collected throughout the Southeastern United States.  NCU has a single fungal specimens collected by Bozeman, Polyporus hydnoides, from Pierce County, GA collected in 1961.  Vascular plant collections by Bozeman can be found in most herbaria across North America.

Bozeman graduated from Georgia Southern College in 1961 with a Bachelor in Science, and in 1986 he received the Distinguished Alumni Award from his alma mater.

John Russell Bozeman was a dynamic young man from Georgia with all the needed qualifications [to continue the herbarium specimen exchange program in the University of North Carolina Herbarium].  He was hard-working, pleasant, and neat, in addition to having a sound botanical background and a basic understanding of the Herbarium and its problems.  He had come to UNC in 1961 to work under Albert [Radford; Director of the Herbarium] towards a Master’s degree in Botany.  During the next four years he took all available courses in taxonomy and ecology.  He collected with Harry [Ahles] and Albert [Radford] on numerous field trips, and worked part time in the Herbarium for several terms.  In 1965 he received his MA degree and was well on his way toward a PhD, when he decided he needed to get a job in order to support his growing family.  Therefore, he accepted a position as instructor of Biology at Georgia Southern College [in Statesboro, GA].  In 1966 he was offered the curatorship at UNC with the option of working simultaneously toward completing his PhD, an attractive solution to several problems.  Accordingly he began as curator on June 1st , just two weeks after Harry’s [Ahles] departure. [Harry Ahles left the University of North Carolina Herbarium because the University installed air conditioning.  Ahles spent the rest of his career at the University of Massachusetts in, one assumes, a non-air conditioned herbarium.]  It was understood that this would be a two-year job, according to John’s wishes.

Once again the Herbarium became a neat, well-run institution. He lined up to the same height the name plates on all the steel cases; they had not all been purchased from the same company.  This required a little drilling, but John was very handy with tools.  In fact, if doing something more efficiently necessitated a gadget of some sort, he would simply make it, and at little or no cost to the department.  Some of his ingenious devices are still used in the Herbarium today [including] a wedge-shaped frame on casters for holding folders at waist height for convenient filing into the cases.

One of his greatest contributions to the growth and development of the Herbarium was his efficient handling of the huge and badly neglected exchange program.  Since 1962 the yearly average sent out had been slightly over 3,000 specimens.  During his first year, John shipped out 70,431 specimens which reduced the backlog considerably.  In two years he had sent out over 118,000 plants and was instrumental in collecting more than 135,000 specimens, of which some 95,000 were for the exchange program.  All this was in addition to supervising the mounting and filing of 41,960 vascular specimens for our own Herbarium.

Toward the end of this second year, John decided he would need more time to finish his PhD.  His primary interest was teaching.  Accordingly, he asked to be relieved of his curatorial duties as of January 31, 1968.  He was offered an instructorship in Botany by Dr. Greulach, the chairman of the department, who took this opportunity to congratulate John on “the unusually effective manner” in which he had served as curator.  “We are most pleased with the way in which you have assumed responsibilities and have discharged your duties.”  Of course Albert [Radford] regretted losing such an excellent curator, but for some time he had known that John’s real interest was in ecology.(1)

“In the spring semester of 1968, Steve Leonard took over as Curator,” says Bozeman, “and I served as an instructor, teaching an undergraduate course in Field Botany.”(2)

“Floristic and edaphic studies of the Altamaha River sand ridge, Georgia” was Bozeman’s Master’s thesis (1965), followed by his Ph.D. thesis (1971) “A sociological and geographic study of the sand ridge vegetation in the coastal plain of Georgia.”

For many years Bozeman was on the faculty of Georgia Southern College in Statesboro, Georgia and studied the ecology of the barrier islands of Georgia.  He served in various capacities within the Georgia Department of Natural Resources, including Program Manager for the Freshwater Wetlands & Heritage Inventory Program (1989) and Program Manager of the Georgia Natural Heritage Program (1995).

Following the death in August 2019 of Elizabeth Aspinwall Bozeman, John’s wife of 61 years, he moved to Kennesaw, Georgia.