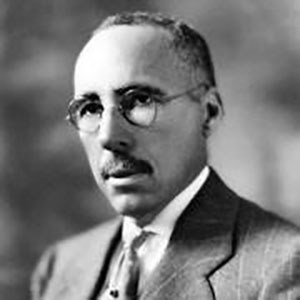 When I meet someone for the first time and we are exchanging information about where we live and friends we have in common, another topic to come up is what we each do for a living.  I typically say that I work for the North Carolina Botanical Garden.  If they start to pepper me with horticultural questions, I have to admit that I am clueless about why their kalanchoe is wilting or what cultivar of crepe myrtle they should plant. I go on to tell them that I am the Curator of the University of North Carolina at Chapel Hill Herbarium, a collection of about one million pressed, dried, dead plants from around the globe. (And I will admit that I try to steer them away from crepe myrtle for their yard and suggest a fine native such as Chionanthus virginicus, “Old Man’s Beard,” instead.  It’s in the olive family!  You can buy one at the Botanical Garden! I hope to have inspired at least a few acquaintances to Go Native.)

If they are intrigued about the Herbarium (OK, if they show even a faint glimmer of interest), I whip out my cell phone and show them a digital image of a specimen — perhaps a lovely Stewartia collected by Citizen Scientist Jonathan Peoples in May, 2020, and explain that the Herbarium documents biodiversity around the world, and that our specimens help scientists describe new species and help botanists document the ferns, wildflowers, and fungi found in our State Parks.

I like to say that I am Spreading the Herbarium Gospel every time I tell a new acquaintance about the Herbarium or help someone’s research by using herbarium data.  I recently gained a new convert when I helped a landscape architect with his research.

In mid-August, I received an email from Dreck Spurlock Wilson, a landscape architect and Associate Professor of Architectural History at Howard University.  He is researching the life and career of David Augustus Williston, recognized as the first professionally trained African American landscape architect.  Prof. Wilson found me due to a podcast I did with Herbarium Associate Dr. Van Cotter in February 2017 about our discovery that the UNC-CH Herbarium curates specimens collected by renowned plant biologist George Washington Carver (ca 1865-1943).  “Williston and Carver were best friends and colleagues at Tuskegee Institute in Alabama,” said Wilson. “I am doing research for a book that I am writing about Williston.  Not only was Williston born in North Carolina, he was also the first state appointed colored professor in North Carolina.  He was appointed by Governor Daniel Lindsay Russell, Jr. to the all-white faculty of the Agricultural & Mechanical College for the Colored Race (now North Carolina Agricultural & Technical State University) in Greensboro.  Williston started as an Assistant Professor of Botany in Greensboro in 1898.”

I found a great summary of Williston’s professional contributions on the Tuskegee Institute National Historic Site’s webpage.  “Williston was born in 1868 outside of Fayetteville, North Carolina as the second of twelve children. In 1893, he joined one of his brothers in Washington D.C. to attend Howard Normal School. Upon graduating in 1895, he enrolled at Cornell University, where he became the first African American student to obtain a bachelor’s degree from the College of Agriculture. He later completed municipal engineering courses through the International Correspondence School in Pennsylvania.  Williston began his teaching career at the [North Carolina Agricultural & Technical State University] in Greensboro in 1898. In 1902, he joined the agricultural science faculty as a professor of horticulture at the Tuskegee Institute, now Tuskegee University, where he taught intermittently for the next 27 years.  In addition to teaching, Williston also served as

superintendent of buildings and grounds from 1910 through 1929, overseeing the development of the campus. His early landscape plan included allées of trees that reinforced the formal arrangement of the road network, addition of open spaces resembling collegiate quadrangles, straight lines of trees along the edges of the formal open spaces, and less formal plantings in the center of campus. Without access to established nurseries, Williston used surrounding resources to successfully propagate plants for his work. Williston completed the planting designs for several Tuskegee facilities, including the George Washington Carver Museum and The Oaks, the home of Booker T. Washington… With the vast changes at the onset of the Great Depression, Williston moved to Washington D.C. in 1930, where he established the first African American owned landscape architecture firm in the nation. Throughout his career, Williston both taught and practiced landscape architecture as a horticulturalist and campus planner at dozens of leading historically black institutions… Williston worked into his 90s, passing away in 1962 at the age of 94. The Tuskegee Institute National Historic Site includes portions of the Tuskegee campus and The Oaks, preserving Williston’s important legacy of landscape planning and design.” (1)

I was curious if  Williston collected any herbarium specimens.  Fortunately, the online database where we catalog our specimens (sernecportal.org) also searches other herbaria consortia across North America, including the Mid-Atlantic Herbaria Consortium.  Searching on “Williston” I found two specimens — unfortunately not dated — in the Howard University Herbarium

(HUDC).    I emailed Prof. Wilson about my find, detailing how he could look at the images of the specimens for himself and judge whether the handwriting was that of David Augustus Williston.  Within a few days Prof. Wilson replied, “Yes your find is David Augustus Williston.  I had scoured Howard University’s Moorland-Spingarn Research Center for information on Williston.  I did not even know HU has a herbarium!  The location for the specimens at the Soldiers Home is only 3 blocks from where Williston lived in the LeDroit Park neighborhood.  This is why I like research so much.”  As the two specimens do not bear Williston’s full name nor date, I have advised Prof. Wilson to collaborate with HUDC Curator Dr. Janelle Burke to annotate the specimens with something akin to “The collection label is in David Augustus Williston’s handwriting.  He was a student at Howard Normal School 1893-1895, so likely collected during that time. The collection locality, President Lincoln & Soldiers’ Home National Monument (latitude 38.941667, longitude -77.011667), is located ca 3 blocks from the LeDroit Park neighborhood where D.A. Williston lived” — thus adding valuable information to the specimen.

Might other herbarium specimens collected by David Augustus Williston be as yet undiscovered?  It’s not impossible that the Herbarium in Chapel Hill has a few vascular plant specimens collected by Williston in addition to having fungal specimens collected by his friend George Washington Carver.  I’ll be on the lookout, now that I know what his handwriting looks like thanks to the Howard University Herbarium specimens.  In the coming months I plan on visiting the herbarium at North Carolina A & T in Greensboro, one of the few herbaria in North Carolina which has not been cataloged or imaged on sernecportal.org.  According to Curator Dr. Roy Coomans, NCATG has about 6,000 specimens, most of which are duplicates of specimens curated at Chapel Hill.  The NCATG specimens are used primarily for teaching botany and plant taxonomy.  It would be exciting to find a specimen or two collected by David Augustus Williston when he taught at NC A&T in 1898!