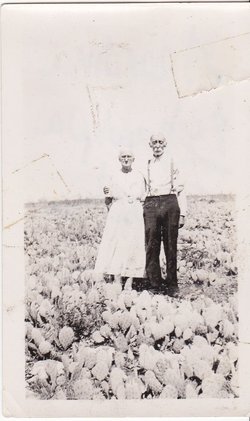 The University of North Carolina at Chapel Hill Herbarium (NCU) has cataloged about 70 specimens collected by Benjamin Franklin Bush. They were collected in Texas, Missouri, Arkansas, Alabama, and Oklahoma between 1890 and 1926.  Since those states have not been a priority for cataloging, it is without doubt that many more specimens will be found in NCU.

“The death of Benjamin Franklin Bush at Independence, Missouri, February 14, 1937, marked the end of a long and in many ways a remarkable career in the field of botany.

Born in Columbus, Indiana, Dec. 21, 1858, the future botanist moved to Independence with his mother, Mrs. Henrietta Bush, in 1865; and Jackson County, of which Independence is the county seat, continued to be his home up to the time of his death.  His life-long study of the plants of Jackson County resulted in it becoming one of the best known sections of the United States from the botanical standpoint, and his writings and plant collections made the name of the insignificant village of Courtney, where he long resided, familiar to botanists almost throughout the world.

Western Missouri was a frontier country at the close of the Civil War, and nowhere had gorilla [sic; guerilla] warfare been carried on more fiercely than in that section.  Kansas City was still a struggling new town, although the older settlement of Independence had been a trading point of importance for many years, and it was the outfitting and starting place for most of the western explorers, traders, and trappers. The Missouri Pacific railway had just been built from St. Louis, and it is said that Bush and his mother came on the first train that ran over that line.  A short time after going to Missouri, Mrs. Bush was married to Robert B. Tindall, a pioneer florist who built and operated the first greenhouse in Independence.  And young Bush’s early interest in plants was no doubt due in some measure to his experience there as assistant to his step-father.

Here was indeed a happy hunting ground for a young naturalist, and Bush became interested in all these things.  One of his earliest interests was in the birds, and he came to know all of the resident and migrant species of the region not only by sight but also by their calls and songs.  The collection of birds’ eggs that he made at this time became valuable in later years, since it contained sets of many species no long to be found in the region.  Like other naturalists of the time, he was impressed by the enormous flights of passenger pigeons [Ectopistes migratorius] that cast shadows like passing clouds; and he also recalled the great abundance of prairie hens, and the Carolina paroquets [Conuropsis carolinensis] that sat on stumps in the recent clearing, and were so tame or so stupid that it was possible to approach and catch them under a coat or hat.  Bush’s interest in birds continued through life, although it was later subordinated to his study of plants.

This must also have developed at an early age, since his first catalogue of the plants of Jackson County was published in 1882.

A copy of Wood’s Class-book of Botany fell into his hands, and with the aid of this he tried to identify the native plants.  Only a small proportion of them were mentioned, however, in this work, and indeed no flora of the time was at all adequate.  In his eagerness to learn more about the plants of the county, Bush became a correspondent of Dr. George Engelmann and Dr. Asa Gray; in his later years his correspondents included many of the leading botanists of American and a number abroad.  In 1886, when Professor S.M. Tracy, of the State University of Missouri, published the first catalogue of the plants of the state, Bush’s lists and notes were the chief source of information for the plants of Jackson and adjoining counties.  Reverend Cameron Mann, while a resident of Kansas City, was also an enthusiastic student of the local flora, and Bush accompanied him on many botanical excursions.  In 1885 they collaborated in publishing a supplement to the Flora of Jackson County.  A few years later he formed a botanical friendship with Kenneth K. Mackenzie, a keen student of botany who had begun an independent study of the flora about Kansas City.  Together they botanized in all parts of the county throughout several seasons collecting material for the Manual of the Flora of Jackson County, which Mackenzie brought out in 1902, with Bush as associate author.  Mackenzie and Bush also made several botanical trips together in different parts of Missouri, and they published jointly several papers on the plants of the state.

Although botany remained his chief interest throughout life, the demands of a growing family made it necessary for him to engage in some business more profitable than that of a plant collector; and early in the eighteen-nineties he established a general store and was appointed postmaster at Courtney.  This continued to be his home for more than forty years; and it was here, in the little time that he could take from his duties as merchant and postmaster, that most of his botanical writing was done and many of his sets of plants were prepared and sent out.

Benjamin Franklin Bush was most widely known and will probably be best remembered as a botanical collector and explorer.  The many thousands of well-prepared sheets of plants collected by him which have found their way into nearly all the herbaria of the world will be a constant reminder of his work; the large number of plants previously unknown to science which he discovered, and many of which he described, as well as those described by others and bearing his name, will remain a monument to him.  His work on the flora of Jackson County and of the entire state of Missouri, both through his collections and writings, was particularly outstanding and valuable, and his name will always rank high in the annals of Missouri botany.”