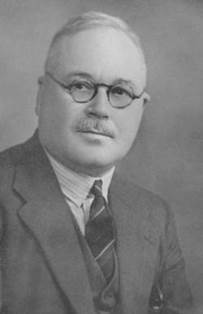 “Another man at the University of Manitoba who made a major contribution to the mycology of that province was Guy Richards Bisby (1889-1958), a native of South Dakota, USA, where he got his bachelor’s degree from the state college in 1912.   He earned an AM degree from Columbia University before attending the University of Minnesota for the Ph.D. that he was awarded in 1918. Bisby did some teaching at Minnesota, and had a period of employment at Purdue University where he worked with J.C. Arthur, North America’s leading authority on the classification of rust fungi, before going to Manitoba to become the first professor of plant pathology in a Canadian university. Except for leave periods, one of which was for nearly a year (1921-22) to study mycology and plant pathology in England, Bisby remained at the University of Manitoba until he resigned in 1937 to accept a position in the Commonwealth Mycological Institute, Kew, England, where he had a distinguished career.

Bisby cooperated with Buller to produce a Preliminary list of Manitoba fungi in 1922. In 1924 he published an account of the fungi he collected north of Lake Winnepeg, and, with plant pathologists I.L. Conners and D.L. Bailey, produced The parasitic fungi found in Manitoba. However, from a mycological standpoint, Bisby is perhaps best remembered for his leadership in the preparation and publication of two books on fungi: The fungi of Manitoba, in cooperation with Buller and veteran mycologist John Dearness in 1929, plus its two supplements, the second of which contained 289 additions and was included in the thirteenth annual report of the Canadian Plant Disease Survey in 1934; and their extension, The fungi of Manitoba and Saskatchewan in 1938, for which he had the additional assistance of W. P. Fraser and R.C. Russell. Several thousand fungi collected by Bisby, including a few by Buller and others mentioned in those books, were placed in the herbarium of the University of Manitoba, from which they were eventually transferred to DAOM, in Ottawa. “ Estey, Ralph H. (1994) Essays on the early history of plant pathology and mycology in Canada.   McGill-Queens University Press. p. 276-277.

“His skill as a compiler was in frequent demand at the Commonwealth Mycological Institute where he produced the Institute’s first list of tropical plant diseases and for more than a decade supervised the production of the Index of Fungi. These tasks were mostly undertaken with the minimum of clerical assistance and were only accomplished by maintaining a very regular pattern of work – an early start, a midday break for, weather permitting, and hour’s gardening, and as a rule no mycology in the evening but early to bed… Dr. Bisby was of a retiring disposition, he was rarely seen at meetings and never, I believe, attended an international congress. He had, however, many friends and correspondents by whom he will be long remembered on both sides of the Atlantic.” Ainsworth, G. C. (1959) Guy Richard Bisby. Taxon 8(1):   2.

Bisby, G. R. (1914) Some observations of the formation of the Capillitium and the development of Physarella mirabilis Peck and Stemonitis fusca Roth.   American J. of Botany 1(6):   274-288.